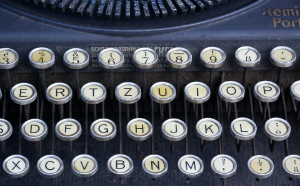 Currently, I am in the throes of writing a book on the end times. When it comes to this topic, the “mark of the beast” tends to get a lot of attention. In some corners, sadly, much of that attention is fueled by needless fear and anxiety. As I discuss below, I think a lot of the fear and anxiety is due to unwarranted speculation about the future. I have written about some of this already (see here and here).

As I catalogue the range of views on the mark of the beast, it is interesting what many evangelical pastors have said about it. Take, for instance, the popular megachurch pastor John MacArthur. In his commentary (Revelation 12-22 [Chicago: Moody Press, 2000]), he makes some interesting interpretive moves. This is especially evident in his section on Revelation 13:16-18, where the mark of the beast and 666 are both discussed.

16 Also it causes all, both small and great, both rich and poor, both free and slave, to be marked on the right hand or the forehead, 17 so that no one can buy or sell unless he has the mark, that is, the name of the beast or the number of its name. 18 This calls for wisdom: let the one who has understanding calculate the number of the beast, for it is the number of a man, and his number is 666.”

According to this passage, the mark will be placed “on the right hand or the forehead” (v.16). This mark allows its bearers to participate in their economies, permitting them to “buy” and “sell.” The mark itself is identified as “the name of the beast or the number of his name” (v.17; emphasis added). In the first century, names were often written in code by giving individual letters of the alphabet numerical value. In Greek, for example, the first letter of the alphabet (α) held the numerical value of “1,” while the second letter (β) held the numerical value of “2,” and so on. One example of this comes from the writings of Suetonius, an ancient Roman biographer. He says people in the first century did this very thing to Nero while he was emperor (Suet. Nero 39).

With this in mind, and given that Revelation was written at some point in the first century, we are in a better position to understand what vv.17-18 means when it says the mark is “the name of the beast or the number of its name”—namely, six hundred and sixty-six (666). Even though Revelation does not tell us explicitly what the name of the beast is, it provides a clue by giving the number of his name. Again, common practice. These verses are right at home in their first-century context.

In his commentary on this passage, MacArthur engages in some interesting speculation about all this. He says the mark will come on the scene when the “Antichrist” takes total control of the economy sometime in the future. He says,

“Antichrist’s empire will maintain strict economic control over the world. Food, clothing, medical supplies, and the other necessities of life potentially in demand in the devastated earth, which has felt the judgment of God (6:5-6), will be unobtainable for those without the mark. Currency will probably vanish, to be replaced by controlled credit. Instead of a credit card, which can be lost, people will have a mark (possibly a bar code) in their forehead or hand. Scanning people’s foreheads or hands would identify them to a central computer system.”

MacArthur’s comments above serve as an example of futuristic speculation. He does not present evidence showing that any of this will, in fact, happen. He does not present data that can be independently assessed in this regard. To be fair, he cannot do any of this because such evidence is, quite frankly, hard to come by. The things about which MacArthur speaks have (in his mind) yet to happen, after all.

Technically, this does not mean MacArthur is wrong. Perhaps the mark of the beast will end up being a bar code. At this point, I am not saying MacArthur is not right. I am just saying there is no reason to think he is. Why? Because, once again, no evidence is presented. He is speculating. To his credit, MacArthur seems to acknowledge this (note his use of “probably” and “possibly”).

At any rate, here is what is interesting. After saying what he does in the quote above, MacArthur goes on to decry those who engage in speculation about the beast’s mark (=name/number of the beast). Take a look at what he says about the number of the beast (666):

“Perhaps no detail in Revelation has intrigued people more than this number. There has been no end to the speculation as to its significance and how to calculate it. In Greek, Hebrew, and Latin, letters had numerical equivalents, and a myriad of schemes to associate the name of historical individuals with the number 666 have been put forth. Nero, Caligula, Domitian, Napoleon, Hitler, Mussolini, Stalin, and a host of others have been proposed, based on some sort of convoluted mathematical rendering of the letters in their name. All such speculation is futile; since the Antichrist is still to come, the number 666 cannot be associated with any historical individual.”

A lot of things could be said in response. While it is true that many modern folks have engaged in “convoluted mathematical rendering” of people’s names to arrive at 666, it is incorrect to say this is true across the board. The truth is that many NT scholars think “the beast” of Rev. 13 is a reference to some sort of Nero-Domitian/Rome composite. There are good scholarly arguments, based on several bits of historical data, that reasonably account for this idea (I cite a few here). Unfortunately, MacArthur is fairly content with dismissing such scholarly views (and, it seems, the historical data) altogether. I think his readers would have benefited greatly had he included them.

MacArthur’s overall interpretive move is especially odd. The main problem is that he dismisses what he takes to be historical “speculation” even while he is eager to engage in far-reaching futuristic speculation. (I understand that conclusions derived from historical research are never certain; in that sense historical research is “speculative”). But why does MacArthur say, for instance, that historical speculation is “futile” all the while embracing futuristic speculation without ever batting an eye? Why does he entertain the notion that the mark of the beast might be a “bar code” without evidence while being so dismissive of those who associate the beast, his mark, and his number (666) with historical figures such as Nero and Domitian when, in fact, there is some historical data that may warrant such an association? I am honestly not sure.

When it comes to reading texts such as Revelation, it is very important not to jump to future speculation at the expense of taking seriously relevant historical data. Doing so may very well lead to problematic conclusions. And from a pastoral perspective, it could also lead to needless fear, anxiety, and panic in the church.

I certainly do not have everything in Revelation figured out. I have much more to learn, to say the least. But here is a good rule of thumb I do try to follow: If you want to understand the content of the biblical passage, you need to understand the context of the biblical passage. This entails knowing a thing or two about the passage’s historical context. In other words, do research. True, this is never as exciting as futuristic speculation, but it is necessary if we want to respect the biblical text.